"You will be Hero" Children Day-care camp

We chose this name because the whole week's theme was based on learning about the lives of biblical heroes and how children become heroes if they trust in God.

During the five days, we studied the lives of the following Bible characters: Joseph, Moses, Gideon, David, and finally the greatest hero: Jesus Christ.

We also tried to provide a lot of exercise for the kids. Since the hall what we rented in the Civil House in the morning was very warm, therefore we organized team competitions, sports activities at the nearby playground. In addition to playground games, sports equipment also inspired them to move. 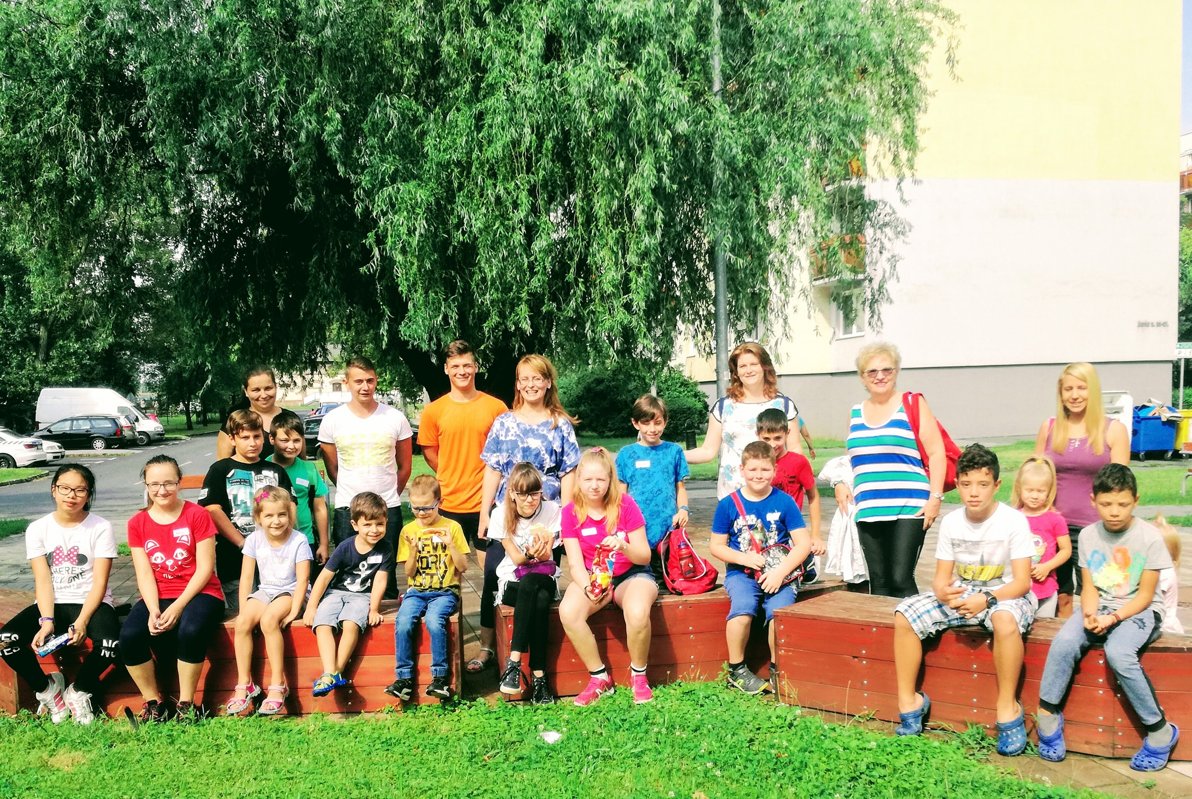 We had our lunch at the nearby Anno restaurant, a place featuring medieval features, with knight armour and interesting knight tools on the walls.

In the afternoon, children could always get involved in creative activities, such as making bracelets, macrame, pebble decoupage, plasticizing, slime making. 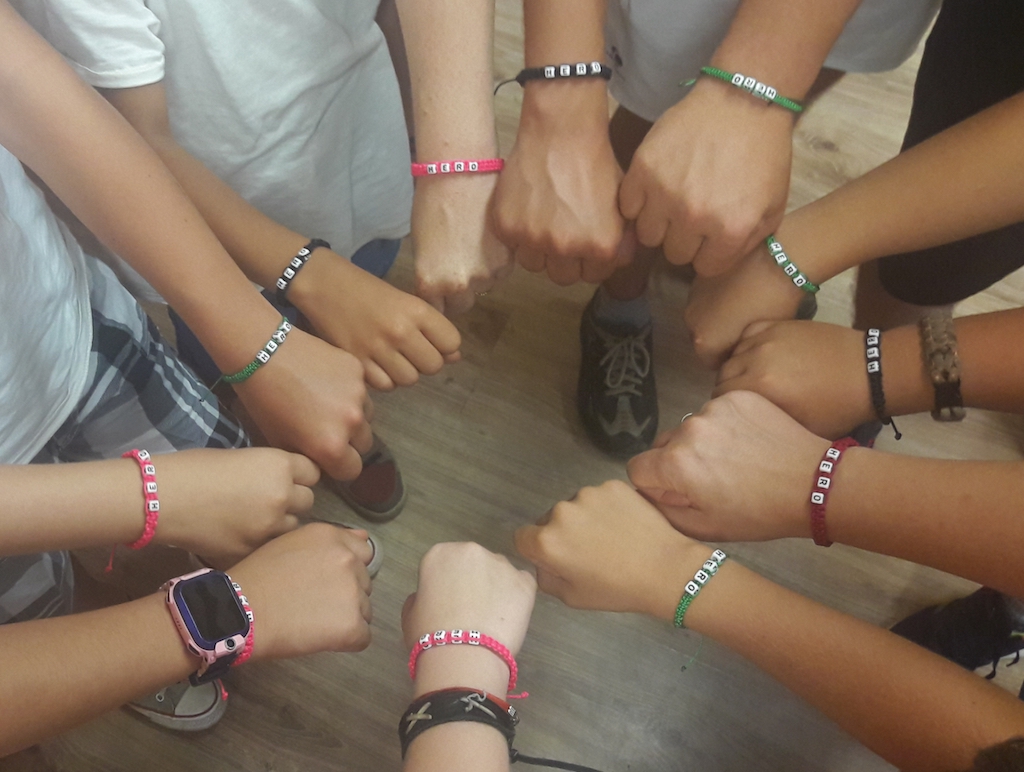 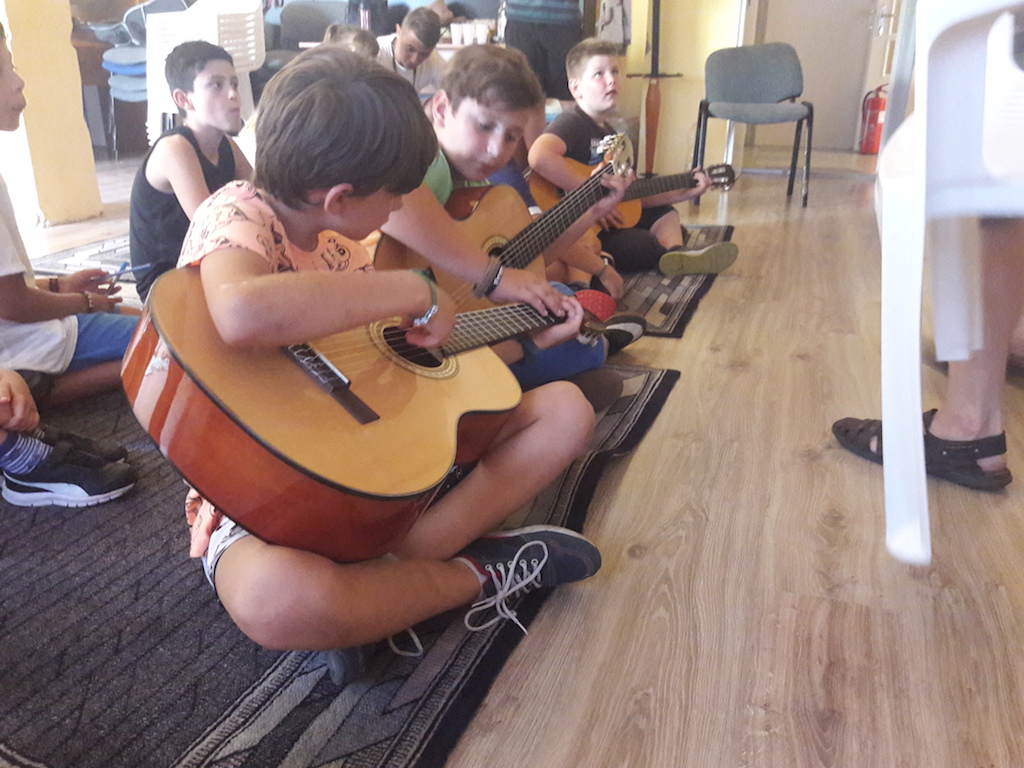 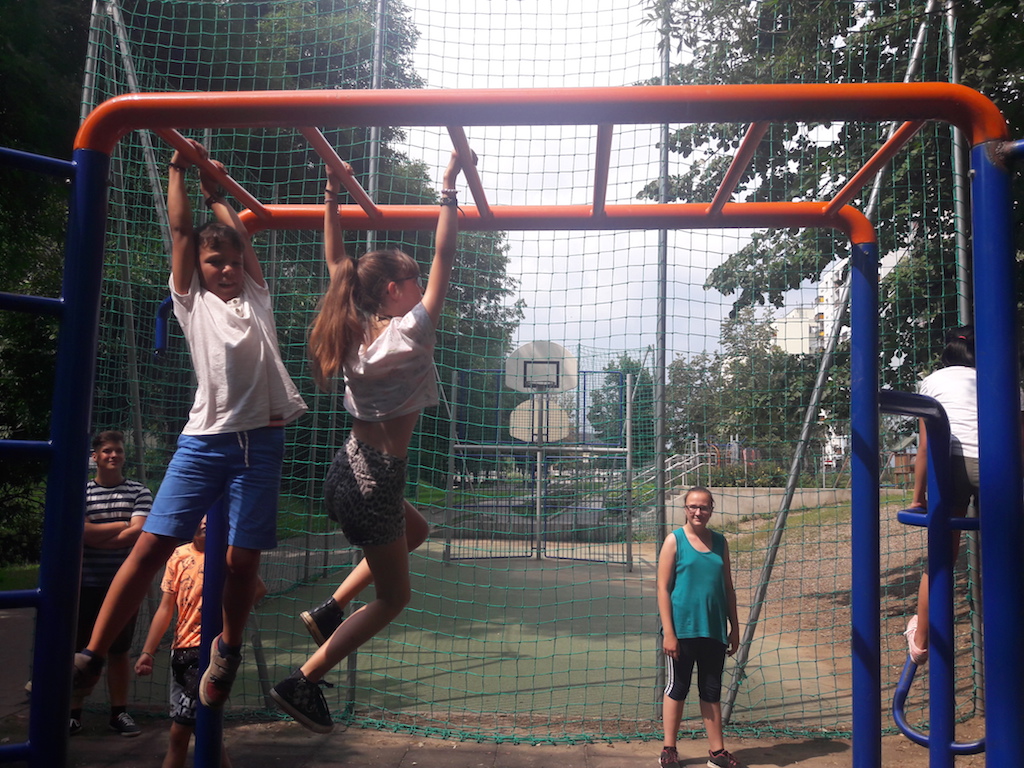 After the craft session, music and singing lessons were opened every day with the help of a trained music teacher.

When the time was up at the end of the day, the children were free to play in the hall: playing games, playing cards, playing lego, playing table tennis.

To summary up the whole program, it was a very blessed week where we had a great time with both the kids and the staff. 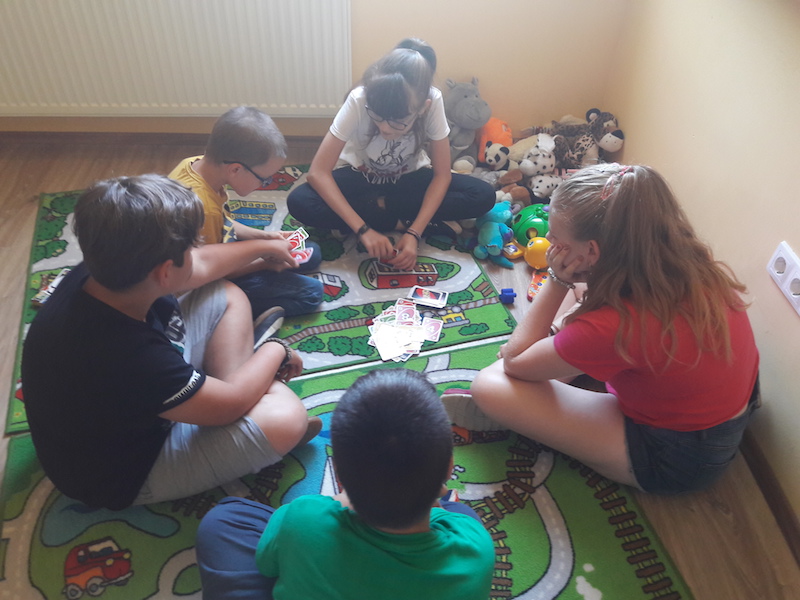 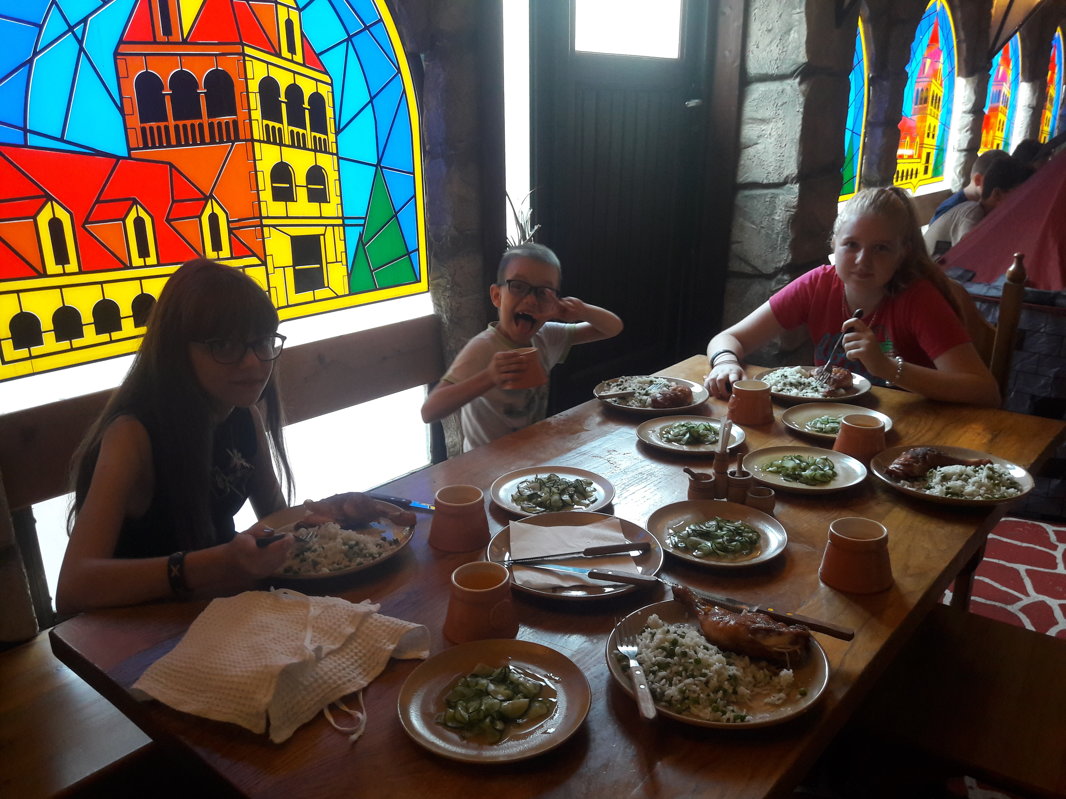 It was the first day-care camp we organized, and we look back with gratitude to be able to serve the children under Divine protection. We could see His helping hand in the tasks and situations that we had to solve. We believe that the little heroes who attended have enriched with a lifelong message: With God all things are possible!

Next year with a different theme we're planning to continue!

20 Jul, 2019, No comments
We had a blessed days with our friends from the Netherland. From 11th of July until 16th of July we have been doing together work of God as a team in Hungary and Slovakia. Hylke, Jan and Dennis were a real blessing to us and to people around us. 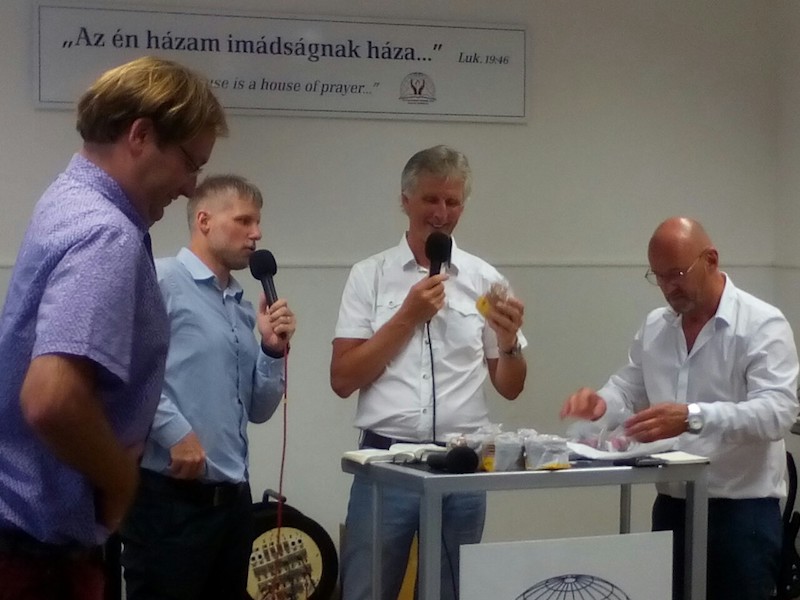 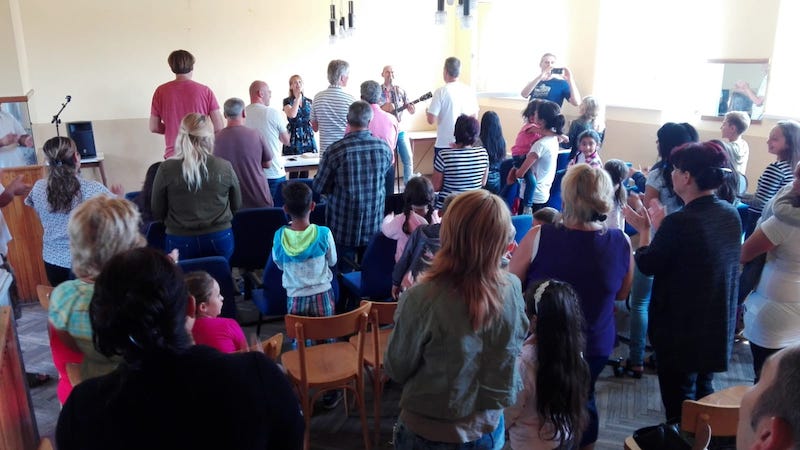 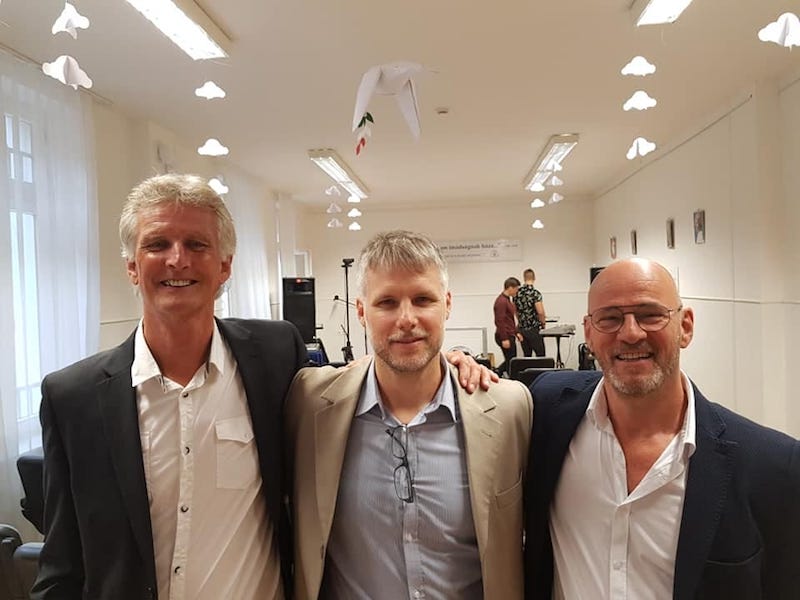 The end of 2015 was very active for our Church. We had several activities in our town and also out of our town. The last two of them: was a huge evangelizing  concert few hundred meters far from our Church place, where lives about 10 Thousands souls (housing Estate) and the concert in the Prison in our town, where we could share the Gospel with 60-70 persons.

In December 26th we had a blessed meeting on the street. We have got a permission from the Local Government of our City to go there, play music and be together with people there. It was very special for us, because in the summer we already tried to have a same meeting over there, but we did not get the permission. We were little disappointing because we have tried to share the Gospel with our City in Outdoor meeting since many years and we couldn't. Off course we had more than 40 sermons in the Local Prison, but our desire was to bring the Gospel out on the streets. By the way the Government refused to to give us right to go out, but we didn't give up and decided that we will tried again in the Christmas time. It worked. IT WAS COLD AND FOG (0-5 Celsius), but our little Church together wit the help of two partner Churches had a True Band open air concert and during the concert we gave about 200 Church invitations.

Enjoy the short cut of the concert video

The Lord led us to let people know in this housing Estate, that not so far from there houses  there is a living Church and Christians whose are  welcome them. Since on the summer we did not get possibility to do it we did it on the winter. Jesus did so much for us, that we should do it in His Name for others.

Only two kind of person does such a thing, I mean have open air concert in the cold winter: The one who is crazy or somebody who has important message. We are the second one! We have an important message...THE GOSPEL!

We started the preparation on the square at 12 a clock, but before that the member of the Band had a prayer fellowship in the Church. When we occupied  the place started the work. Yo can see the great team work in the Photo Gallery!

After the meeting we tare down the stage and the tent, put everything back to the cars. When we got beck to the Church evaluated the day, than thanked to the Lord in our prayer for His blessing and closed the day.

Evangelizing concert in the Prison on 28th

On Monday with the True Band we spread the Gospel in the Prison we have in our City. Our Church has a possibility to have a sermon there, every week and 3-4 times a year we have a big concert also. It is great opportunity to share the love of God with people who did something in their lives with the consequences to get in to the jail. I always repeating when I go in, that I am not talking with them as a "big sinners", because they are in the prison, but because al have sinned against God...

It was a hard meeting with 60-70 people, but we saw again how strong is the Gospel. During our singing the Lord opened many participants heart and gave sympathy towards us, but when I started to preach the GOSPEL, the message penetrated their hearts and most of them received Jesus as their Saviour. People were shocked by the message that GOD punished His Son because of our sins, because He became sin to get our sins in Him.

After the meeting we get to nice place to have a giant Hamburger and we spent time to talk about next year plans.